In the field of screw retained prosthesis the access to tighten the retention screw has always been solved through holes performed through the prosthesis.

Normally these screws feature hexagonal “Allen”, square or “Torx” shaped head. In order to tighten them, the head of the screwdriver was traditionally inserted in the same axis as the screws and implants, but due to the high incidence of implants placed in an anatomical and surgical non axial position in relation to the prosthetic crowns vestibular emergences were very frequent, beyond the desirable limits to achieve a correct aesthetic and occlusal rehabilitation.

Confronted with this situation, professionals often had to choose between cemented prosthesis or screw-retained on angled pillars, which not only caused cost increases and were more time consuming but also added technical difficulty.

Since the appearance of implant level castable abutments (UCLA) it has been possible to perform screw retained direct casting prosthesis instead of cemented to pillars, improving treatment time, maintenance due to an easier retrievability and offering a better hygiene due to the absence of cement in the peri-implant space. However, in those cases where the implants where in an angulated position due to diverse causes such as bone anatomy, it was necessary to turn back to the prosthesis cemented to angled pillars screwed to implants. If made with castables, the emergence of the screw access hole would be placed on the visible part of the teeth producing a non-aesthetic restoration.

In the beginning of the XXI century some screws and screwdrivers appeared that allowed designing dental prosthesis with holes angled up to 20º to correct implant deviations and be able to achieve an aesthetic screw retained prosthesis. These screws brought some evident advantages but they had wear problems often causing screw shearing, which resulted in serious complications for the dentist when having to remove the prosthesis, in addition to an evident discomfort for the patient.

Aware of this problem back in 2008 we decided to design, evaluate and analyze different coupling geometries between screwheads and screwdriver bids that would allow an angle correction of 30º and enabling a safe recommended torque appliance without the risk of deformation or shearing. We also created a series of interfaces and angled abutments compatible with any implant and current manufacturing process (casting, overcasting, resining, muffling or CAD-CAM) both for provisional and definitive prosthesis.

The solution of angling the channels for the retention screws to improve their accessibility, as well as the possibility of manufacturing a direct screw-retained prosthesis on tilted implants, leads to an increase in efficiency, an important time and cost saving contribution as well as being a great technical simplification. To be able to fulfill the above it was essential to use a connection between screwdriver and screwhead with the capacity to resist a demanding angulated torque between them.

The benefits of the Angulated Technology in the manufacturing of customized prosthesis are irrefutable. Not only due to its progressive competitiveness but also because it allows us to handle any restoration with freedom of design offered by CAD/CAM.

As pioneers in Angulation applied to dental Implantology, we are pleased to see how Angulated Solutions have such a pushing demand and have evolved to being the new standard which professionals of the XXI century need to offer their clients better and more reliable results in prosthesis customization. 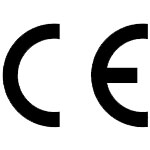 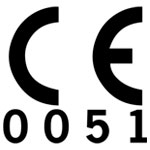 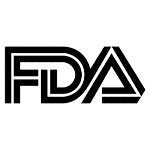 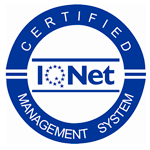 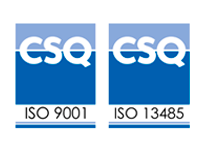 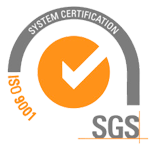 All Rights are Reserved

How do I manage my preferences in relation to cookies?

This consent management platform allows you to manage which cookies are authorized and which ones are rejected, both in relation to the following purposes and categories, detailed in the Cookies Policy. Changes to these preferences can be made at any time by accessing this panel.
Technically necessary cookies Siempre activado
The necessary data storage includes cookies that are key to the functioning of a website. This means, for example, saving the login data, the shopping cart or the language selection by means of so-called session cookies (which are deleted when the browser is closed).
Cookies not technically necessary
As members of this group are considered text files that not only do not serve the functionality of the website, but also collect other data: - Tracking cookies - Targeting cookies - Analysis cookies - Social network cookies What cookies do we have on our website? - Google Analytics
Functional
Functional cookies help to perform certain functionalities like sharing the content of the website on social media platforms, collect feedbacks, and other third-party features.
Performance
Performance cookies are used to understand and analyze the key performance indexes of the website which helps in delivering a better user experience for the visitors.
Analytics
Analytical cookies are used to understand how visitors interact with the website. These cookies help provide information on metrics the number of visitors, bounce rate, traffic source, etc.
Advertisement
Advertisement cookies are used to provide visitors with relevant ads and marketing campaigns. These cookies track visitors across websites and collect information to provide customized ads.
Others
Other uncategorized cookies are those that are being analyzed and have not been classified into a category as yet.
GUARDAR Y ACEPTAR